In my last blog, I discussed my challenges and triumphs in middle and high school, and how they helped to shape my thinking about how to help at-risk students.

In this blog, I talk about how I came to understand that the stories we tell about ourselves and the world help determine our chances for success.

I, like every other freshman arriving at Princeton my year, had been involved in numerous activities in high school, had been a top student academically in high school, and had survived a very rigorous admissions process. Yet in spite of all of that, I was plagued by self-doubt during the first semester of my freshman year wondering whether I was at Princeton because I was black or because I truly deserved to be there? Decades later at a reunion dinner, I learned that during my freshman year there were white students who, for a variety of reasons, also wondered if they truly deserved to be at Princeton. But during my freshman year, I had no clue that I was not unique in questioning whether I truly belonged at Princeton. 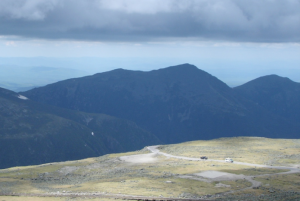 Our self-stories determine where we go.

This self-doubt caused me to take on a work load that, in retrospect, made it more difficult for me to succeed. More specifically: I was working part time; I was an engineering major (which meant I took five courses instead of the liberal arts load of four courses a semester); I sang in the Glee Club; was on the Crew team; took French literature instead of English literature (which is like English literature but all in French); was involved in activities that lead to the formation of the black student group; and had a social life.

As the principal of a middle school recently told me, many students do not emerge successfully from the other side of the counterproductive behavior that I engaged in my first semester freshman year.

However, when I got my grades at the start of the second semester, I realized my grades were as good as most of my fellow students and I was involved in more activities than most of my fellow students. It was at this point that I began to change my self-story from one that questioned whether I deserved to be at Princeton to a self-story that said emphatically, I deserved to be at Princeton University. This belief in myself and my abilities led to my becoming more relaxed and willing to take a more balanced and reasonable approach to my school activities which led to my dropping out of Crew. It also led to my no longer caring whether others thought I belonged at Princeton since I now knew I did.

Years later as I began creating the SELF Empowerment Program™, thanks to my freshman Princeton experience, I realized that transforming at-risk students requires more than teaching them what they can and should be able to do. What I realized was that to transform at-risk students I had to have them change their self-story. More specifically, I had to change their self-story from “I cannot be academically successful” to “I know I can be successful academically because I have just succeeded at an academic endeavor I never thought I could do.”

This insight caused me to create a Program with both a science unit and a math unit. The purpose of the science unit was to teach students how their brains work, how to deal with stress, and the attitudes and skills they needed for success. The purpose of the math unit was to enable students to experience the “aha” moment I experienced at the start of the second semester of my freshman year, when my self-story changed from one of self-doubt to self-confidence. In short, the science unit was designed to teach students what they should do to be successful while the math unit was designed to enable them to prove to themselves that they could be academically successful.

To this end, I worked with people at JUMP math, a program with over a decade of history of helping students who were bad at math and/or hated math, to succeed at math.

By the spring of 2014, I had developed the curriculum and was left with the question, would all of this wonderful theory work? The answer to this question came at the end of a small week and a half pilot of the SELF™ Program. What I found was that each of the students was helped by SELF™. In addition, the results for one of the students exceeded my expectations. This student went from 40% on the pre-Program math test to 100% on the post Program math test. Six months after the Program this student’s mother said that not only was he showing greater maturity and had taken more control of his life, his run-ins with his school’s disciplinary system had dropped from over thirty the semester before SELF™to just one the semester after SELF™.

In short, I had been successful in creating a Program that could help at-risk students be academically successful and make positive changes in their life.

In the next blog series I will talk about some of the science that forms the foundation of the SELF™Program.