In my last blog, I discussed challenges in school I was able to overcome because others opened doors for me and I was willing to work hard after the doors were opened.

In this blog, I talk about challenges and triumphs in middle and high school, and how they helped to shape my thinking about how to help at-risk students. 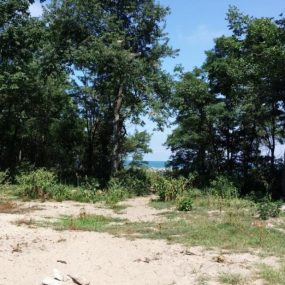 A way forward to blue skies and calm seas

In 7th grade, a fellow student saw something in me I had not seen in myself – leadership potential – and urged me to run for homeroom president.

With that student’s urging and help, I won the election.

A year later, this same student convinced me to run for student body president. With the support and help of this person and others, I campaigned for, and won, the presidency of my Junior High School, which was only about 10% black.

After winning, a number of people asked me why no blacks had been student body president before in a way that implied some deficiency in the black students before me.

My response was that black students had not run before because they were brighter than me and knew the odds against their being elected student body president. I had run because: a) my parents taught me if you are willing to work hard to achieve your dream, you can make it a reality; 2) white and black students encouraged me to run; and 3) the “high” I received from the enthusiasm of my supporters caused me to run before I realized how unlikely it was I could win. In short, I succeeded because others believed in me and supported me.

Two years later, when I ran for the presidency of my high school, I received a lesson in how bigotry can block one’s dreams, and how Divine intervention can still create a path to success. More specifically, during the campaign I learned that some of the supporters of my opponent were asking students if they wanted a “Martin Luther Coon” as their student body president.

When I lost the election, the most painful part of the defeat was feeling that the racist campaign by a handful of students had led to my defeat.

To console myself, I kept repeating Romans 8:28 – “All things work together for good to those who love God”.

And, while I kept repeating it, I found it hard to believe it. A number of months later, Rotary International decided to organize its Interact Clubs, (high school service organizations sponsored by Rotary), into districts, and needed District Governors to lead them.

These experiences reinforced my belief in working hard when others open doors. It also taught me the importance of giving people tools that can sustain them when they experience disappointment or defeat – tools that can help make them resilient. For me, after my high school election defeat, that tool was Romans 8:28. In creating the SELF Empowerment Program™, I realized that I could help students become more resilient if they understood how their brains worked and learned key attitudes, skills, and exercises that can lead to their success.

In the next and final blog of this, My story, my SELF™, series I will discuss how I came to understand that the stories we tell ourselves about ourselves and the world help determine our chances of success.