In this, the fourth blog, in this epigenetic series I talk about ways to reverse negative epigenetic changes. 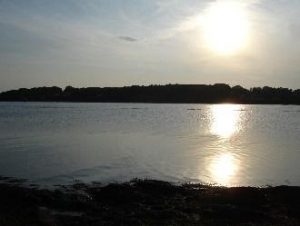 During this epigenetics series I have written about how environmental changes influence our genes.

For example, I have discussed how men in a northern Sweden province, conceived and born in the 1800s during lean years with very little food, lived on average, 6 years longer than men conceived and born during years when food was plentiful.  In addition, the grandsons and great-grandsons of the two groups had the same health and mortality patterns as the men.

The impact of the environment on genes is also visible in a study of bacteria whose genes did not allow them to produce lactase, the enzyme needed to digest lactose, milk sugar.  When these bacteria were placed in petri dishes where the only food present was lactose, their DNA changed to allow them to eat the lactose and colonize all the petri dishes in a few days.

The above examples speak to a central truth – what we eat and drink effects our epigenome.

In 2012 several research studies concluded that at the heart of cancers lay ‘cancer stem cells.’  While stem cells are our natural repair cells, ‘cancer stem cells’ have undergone epigenetic changes that cause them to become rapidly dividing cells.  Researchers showed this in studies on cancers like brain, lung, breast, prostate and multiple myeloma.

Methylation changes how proteins in our body behave.  Enzymes, histones, hormones, and even genes are proteins.  Methylation helps the body detoxify and helps our enzymes work efficiently.  In some cases, methylation causes a buildup of histones that may cover, and block the underlying gene, preventing it from being read, which can stop gene expression.  Many cancers are caused by lost messages due to blockages from methylation and histones.

The good news is the blockages are reversible.  A good diet, cutting stress and environmental toxins, balancing our hormones, exercise, oxygenating cells, and having good bacteria can correct epigenetic damage.  Included in a good diet are foods like broccoli, and other cruciferous vegetables, garlic, and onions, that can block histones and allow our tumor suppressor genes to activate and fight cancer. By regularly consuming these foods, we are supporting our body’s ability to fight tumors.

A review of papers in the scientific literature indicates that 30-40 per cent of cancers can potentially be avoided through dietary modification.

In addition, toxins like  smoking cigarettes have a number of negative health effects, including increased risk for cancer, cardiovascular disease, and chronic obstructive pulmonary disease.  Children exposed prenatally to cigarette smoke demonstrate increased risk for fetal growth restriction, sudden infant death syndrome, and addictive behaviors later in life, as well as a host of other secondary health effects. It is thought that epigenetic changes that arise from smoking cigarettes or exposure to cigarette smoke play a role in the development of these conditions.

Most responses to trauma are normal, including short-term stress responses, sleep disturbances, and fears of the trauma happening again, but are resolved after the trauma without becoming more severe or ongoing.  However, in any given year approximately 5.5 percent of people meet the criteria for PTSD (Post Traumatic Stress Disorder).

PTSD can develop after people are exposed to a traumatic event involving death, threats to life, actual or threatened injury, or sexual violence. Exposure to trauma can be direct, via witnessing trauma, learning about a relative or friend who was traumatized, and through hearing about details of traumatic events, typically in the course of professional duties.

The detrimental effects of traumatic events show up in the children of those impacted, despite the children never having experienced it themselves. This inherited ‘molecular memory’ can be detected in the child’s epigenome.  “Like silt deposited on the cogs of a finely tuned machine after the seawater of a tsunami recedes, our experiences … are never gone, even if they have been forgotten. They become a part of us.”  Hence, while our DNA stays the same, psychological and behavioral tendencies are inherited.

The good news is that the epigenetic effects of trauma can be reversed.  The reversal of traumatic symptoms was observed in male mice and their offspring as the result of environmental enrichment.  An enriched environment for a human includes:

Disruptions in methylation processes can cause a variety of issues, including: Heart Attack; Stroke; Dementia; Depression; Migraines; Autism; Fertility; Cancer; and Birth defects.  Four causes of the buildup of methylation and histones are: 1) environmental toxins – from smoking to drugs; 2) poor diet to include too much salt; 3) stress; and 4) hormones.

And, while we cannot control what happened in the past to affect our genes, we can, through our diet, toxins and stress levels, activate the epigenetic tags (switches) that turn our genes on and off.

Some actions for reversing epigenetic changes are: 1) a healthy diet; 2) physical activity; 3) challenges; 4) novelty; 5) laughter; and 6) connections in the form of maintaining close-knit human bonds that encourage our genes to express positive, disease-fighting behaviors.

However, while we can undo past negative epigenetic changes, the necessary actions require deliberate, focused, and sustained interventions.

In my next blog, I will begin a series on the brain body interface.