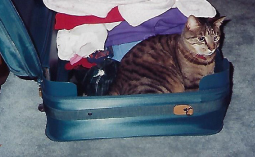 In my last blog, I stated that “In my next blog I will discuss how our brain enables us to feel empathy.”

In this blog, I discuss empathy and the “Mirror Neurons” that make it possible.

Many of our feelings, like empathy and compassion, are due to brain cells called mirror neurons. Mirror neurons mirror the emotions and actions of others when we see them, as though we were performing the observed actions. Mirror neurons are activated–fire–when we observe and do certain tasks, and when we participate in or observe someone else doing that task. However, they only fire when we experience or observe someone experiencing a given emotion we have felt or had before. The existence of mirror neurons means that the wiring of our brains, due to neuroplasticity, may be influenced by what we see, as well as, by what we do and experience.

The discovery and initial research on mirror neurons occurred in the late 1980s and early 1990s, when neurophysiologist researchers experimenting with macaque monkeys, found the monkeys used the same neurons when picking up a piece of food, and when seeing a person pick up a piece of food. Humans, primates–like macaque monkeys–and some birds, seem to possess mirror neurons.

While much remains to be learned about mirror neurons, we know they: 1) allow us to feel empathy; 2) make it easier to learn a new skill if we have tried it before; and 3) respond differently depending on whether the person whose emotions or actions we observe, shares our culture.

Mirror Neurons and Learning a Skill

Mirror neurons can help us learn a new skill, if we have tried to do it before, even if we only did it clumsily. This is because doing something gives us insight into what needs to be done to improve our performance. It also causes our mirror neurons to fire when we or someone else engages in the skill, because we can see and feel details in the doing that we would miss if our mirror neurons were not activated. This increases our brain’s ability to “get it.” Seeing a task without first trying it does not allow our mirror neurons to engage.

Using the same tools that track the spread of infectious diseases shows that a variety of habits and feelings, like happiness, appear to be contagious and spread through social networks in patterns that resemble what is seen in certain models about the spread of disease. More specifically, researchers found that in the spread of happiness through social networks, there are clusters of infected and uninfected people. This clustering is considered to be a trademark of an infectious process. Researchers also found that the clustering occurred at rates predicted by contagion models. However, for sadness, the clusters were much larger than the contagion models predicted. This means that more than simple contagion may be happening with the spread of sadness

Taken together, neuroplasticity and mirror neurons suggest that both our own thoughts and the thoughts and emotions of others can change the wiring of our brains. This means we should: 1) surround ourselves with positive people, and support our friends and acquaintances; 2) imitate positive people by smiling more and focusing on positive thoughts; 3) be willing to learn new skills even though our initial efforts are halting and clumsy; and 4) think before acting or saying anything, since our emotional state can be contagious.

In short, neuroplasticity and mirror neurons mean we should work to foster positive thoughts and actions since they can rewire our brains and the brains of those around us.

In my next, and final blog in this neuroplasticity series, I will discuss how we can strengthen our brains.